The Sentier de Grande Randonnée No. 2 (R2) is the crossing of the island from the capital St. Denis in the north to Basse Vallée in the south. The tour is scenically incredibly varied, especially the variety of different forests on Reunion fascinates. The typical tropical mixed forest of the island (“Bois de couleurs des hauts”) grows up to about 1,800 m altitude. Depending on the altitude and location, one can find cryptoméria (Japanese sickle fir), eucalypts (blue gum trees), tamarind trees, bamboo and some more. Between the trees there is a variety of ferns, grasses, shrubs and in the rain and cloud forests also colorful mosses and orchids. At higher altitudes you walk through barren heath landscapes and in the volcanic areas the tracks get lost in unreal looking moonscapes, created by enormous forces.
If you have only just started – in the prologue you will already find some information about the island and its formation!
The route

In Cirque de Mafate, the R2 meets the R1 or R3 several times – if you have more hiking days available, you can include one or the other “detour”. This was our route (classic R2): 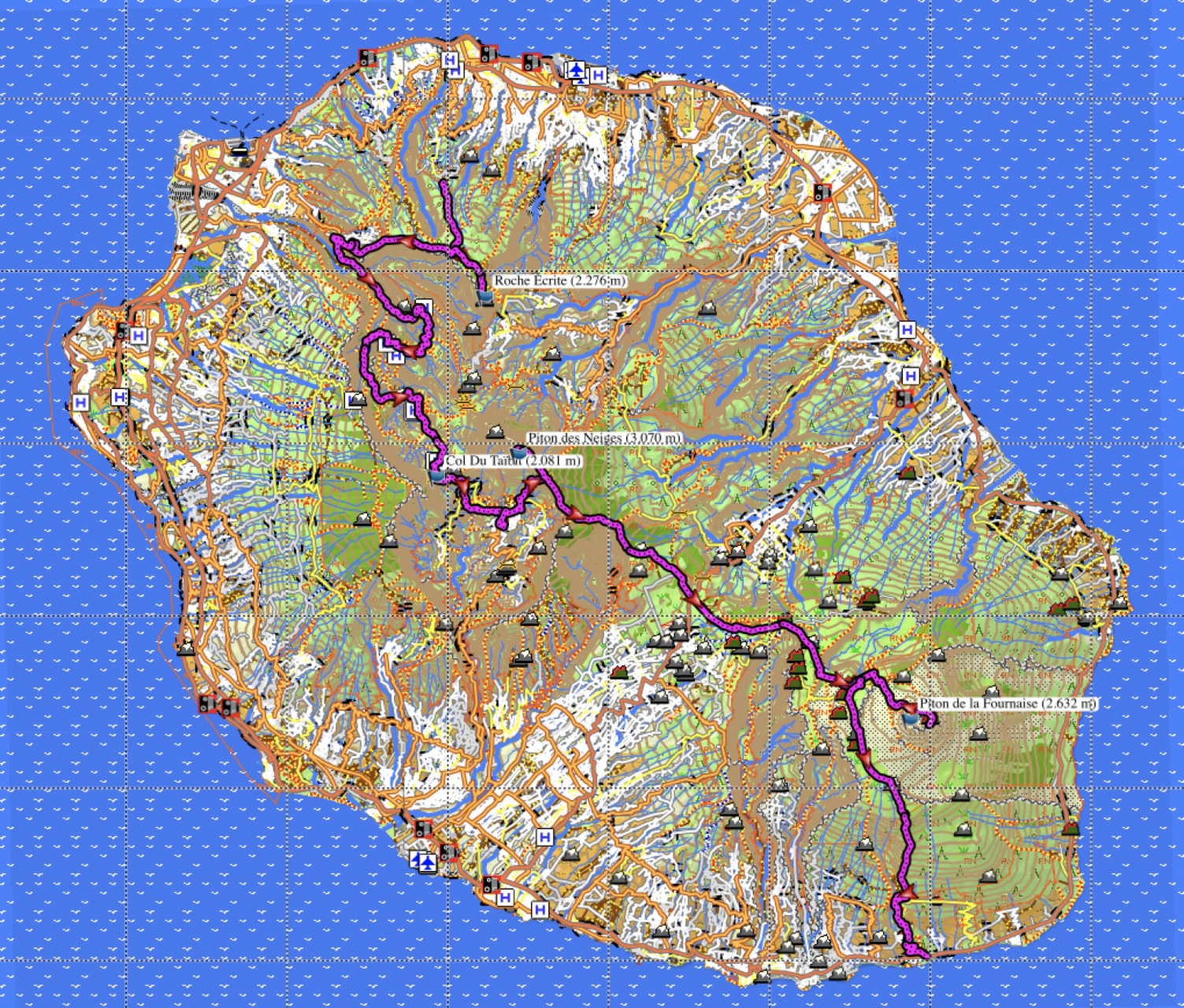 © OpenStreetMap contributors, Track Lustwandler.at
In the planning, this tour has a length of about 180 km, but more exciting are the altitude meters: 11,400 m ascent and 12,500 m descent. The whole thing in only 11 days, which makes an average of more than 1,000 meters of altitude per day. This much can already be revealed, we will regret this planning.
In the following elevation profile the strong ascents and descents are well recognizable, as well as the highest points of the tour: Roche Écrite (2,276 m), Col Taïbit (2,081 m), Piton des Neiges (3,070 m) and Piton de la Fournaise (2,632 m – the highest point is not accessible, however, the trail ends a little above 2,500 m). Map data © OpenStreetMap contributors, Track Lustwandler.at. 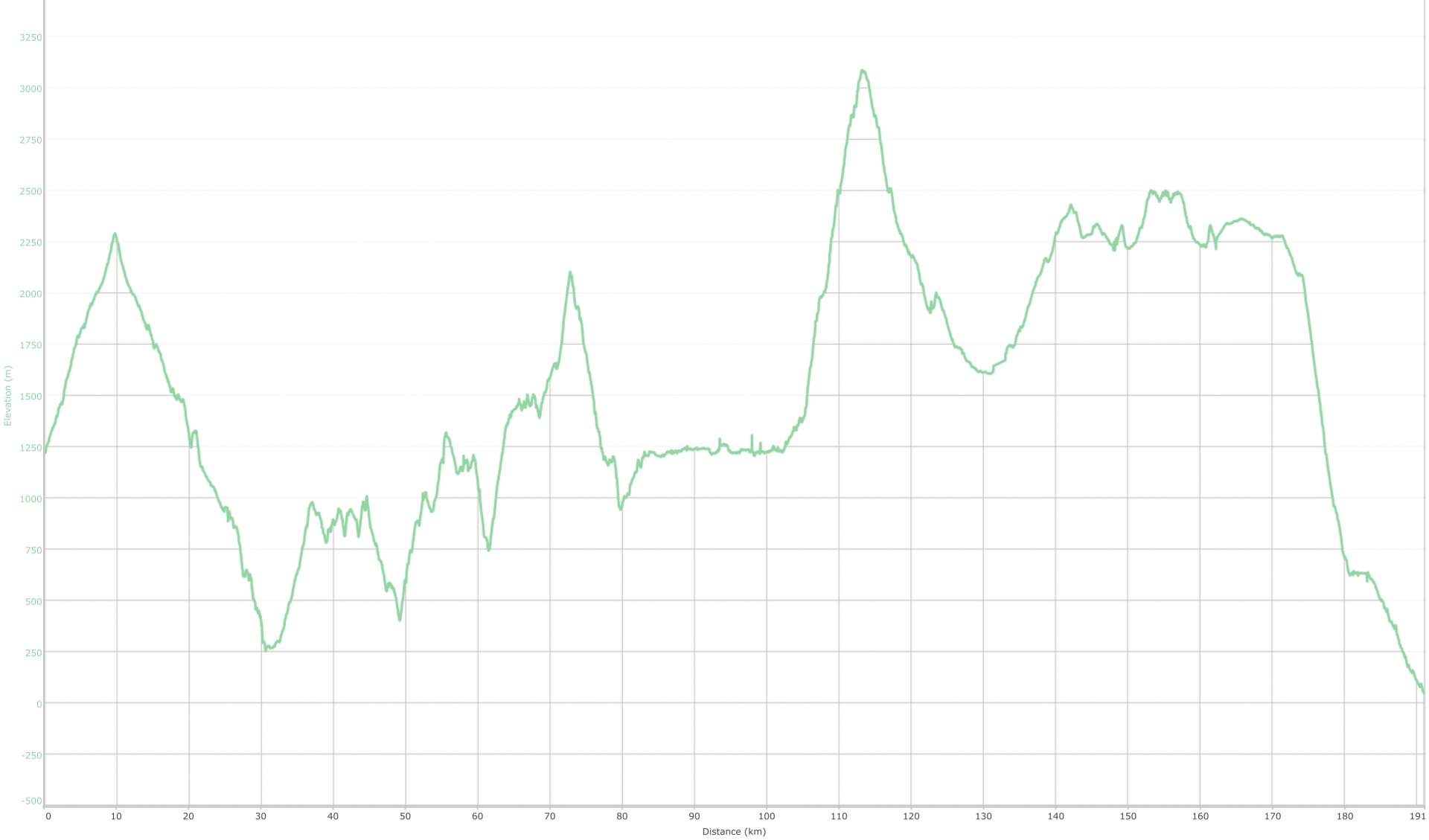